Get to know YSB’s Board Members 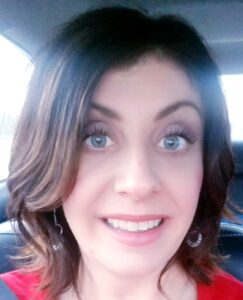 Board Member since May 2018
Meet current board member Katie Bagley, who joined YSB in May of 2018.

Katie is a lifelong resident of Ottawa along with her two “kids” (aka dogs), Margot and Winnie. She has been a teacher for over 14 years, which has given her wonderful opportunities to work with teenagers and currently, elementary-aged students. She accepted a position at Putnam County Elementary School in August of 2019, ending a 10-year career at LaSalle County Detention Home.

Katie believes strongly in the YSB mission (“Helping young people and families succeed by serving them in their home, school, and community”),agency goals and invaluable employees of YSB who contribute to the support and betterment of children, teens and families in our county and throughout northern Illinois. She is proud to be a part of an agency that emulates her values in its day to day operations, stating that “One of the best parts of being involved with YSB has been meeting the many individuals who give their hearts daily to their positions and make our agency what it is.”

Since sitting on the Board, Katie has gained significant insight into the programs and services that YSB provides for our communities. She is continuously learning and growing as a board member, and is excited to see YSB continue providing valuable services to the individuals and families in the communities we serve.

Katie’s goals include supporting the agency and its employees as they navigate through the daily challenges and rewards of working in the social services field while remaining fiscally responsible and up-to-date with laws, policies and procedures.

Thank you to Katie, and all Board members, for all that you do for this agency! She can be contacted by e-mail at katiebagley78@gmail.com.

For more information on YSB, its Board and programs, you can find us on Facebook under Youth Service Bureau of Illinois Valley. 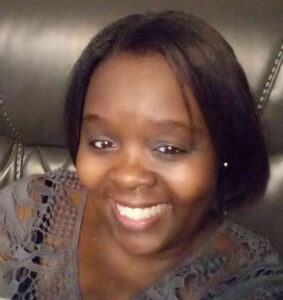 Board Member since September 2019

Please welcome Evelyn White-Simmons to YSB’s Board of Directors. Evelyn joined our board in September of 2019. She is very excited to work together with all of the board members and is interested in learning more about all of YSB’S many programs. She feels our programs have a positive impact on the youth and families of our community who need them.

Evelyn is no stranger to keeping children safe and giving them the love that they deserve. She is the mother of four beautiful children, a past foster mom, and now a guardian of her stepson. She is also a proud grandmother of two boys and three girls. Her career, which has been an interesting and fulfilling dream, began when she taught preschool children for 15 years. She later worked with Head Start, the Joliet Junior College Early Childhood program, Illinois Early Intervention, and she currently works with Juvenile Detention.

Evelyn loves to be a part of an agency that continues to strive for excellence. She says “I applaud and commend the work YSB does for the community as a whole. It takes a collaborative effort of all involved persons to enhance the lives of the families we serve.” She believes that YSB is a growing agency with a positive name in the community. She has proven to be an excellent addition to our agency.
If you would like to learn more about YSB, please visit the Youth Service Bureau of Illinois Valley on Facebook. To contact Evelyn, you may e-mail her at mydjfinally@gmail.com 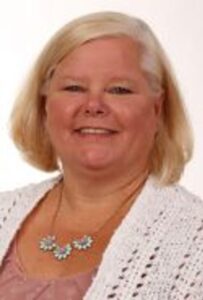 Board Member since November 2018

YSB would like to welcome Dr. Sandra Labak-Ivanauskas to our Board of Directors.

Dr. Labak has lived in Somonauk, at Lake Holiday, since 1997. She has been married to her husband, Mr. Michael Ivanauskas, for 23 years. They have 1 daughter, Alison, who is currently attending Somonauk High School. Dr. Labak and her family were foster parents for YSB before she joined the board of directors, as she is very passionate about ensuring the safety of children. She is also very dedicated to seeing that children have appropriate access to education and social interaction.

Dr. Labak attended Holy Family Grade School and Boylan Central Catholic High School in Rockford. She later attained her Associates Degree with Honors from Rock Valley College. She then attained her Bachelor’s degrees in Biological Science and Physiology, as well as a teacher’s certificate in secondary education from Southern Illinois University. She Graduated from CCOM (The Chicago College of Osteopathic Medicine), now Midwestern University, in Downers Grove, IL in 1994. She became a NBOME (National Board of Osteopathic Medical Examiners) Diplomat in 1995 after completing an Osteopathic internship. She completed the remainder of her residency at the University of Illinois Christ Hospital in Oak Lawn in 1997, and became ABFM Board Certified that same year. Dr. Labak practiced in Rural Illinois at Dreyer Medical Group from 1997-2017. During her time at Dreyer Medical Group she served on the Chart Review Board, the QI committee and eventually became Medical Director of the ARCH unit at Hillside Nursing Home. She continued to work with the Extended Care team and maintained her rural practice until she signed on with MercyHealth Rockford in August of 2017. Dr. Labak is looking forward to helping develop the new Family Med Residency Program at MercyHealth as a member of the core faculty and will continue to serve as a Primary Care Physician in her current practice location in Belvidere.

Dr. Labak is very excited to help develop and implement new opportunities for children in northern Illinois, in whatever way that she can. She is currently acting as the chairman for our Fund Development committee.

She is also hoping to help make YSB more profitable, for the children’s sakes. She says “I hope to help develop new and support current programs offered through YSB. I am also hopeful to help find new and exciting ways to help support these programs!” 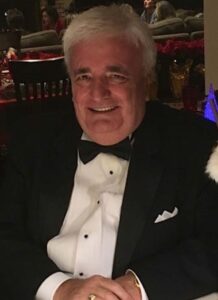 Board Member since January 2021

Bill is a retired lawyer, after 40 years of private practice. He been married to his wife, Marti, for 28 years. They have raised four children who continue to live in this general area with their families. Marti is a retired teacher, having taught English at Lisle Senior High School for most of her carrier. They have lived in their current house in Sugar Grove for almost 22 years. Bill and Marti own, along with two other owners, the building that YSB’s Aurora office occupies.

Having only served for several months, Bill is still in the process of becoming familiar with the operation of the organization and the individuals involved. Bill has not been on the board long enough to identify any meaningful goals for YSB. Bill says, “Personally, my goal is to help YSB in any way that I am able to do so”. Bill states he is honored to be chosen to serve on the YSB Board and hopes that he can make a meaningful contribution to the operation of the organization.

Bill is also on the Board of Director’s Audit and Personnel Committees.

If you have any questions for him please fell free to email him at FritzTrump@aol.com 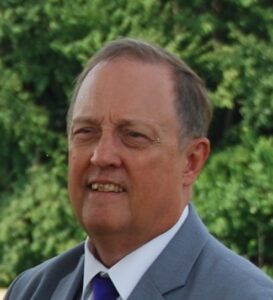 Board Member since January 2020

Bill was the Director of the Illinois Valley Crime Prevention Commission from 1978-1984.

Bill and his wife Cindy have been married for 44 years. They have two adult children and four grandchildren.

Bill first became aware of and involved with YSBIV in 1978. He has a long history with the agency. Bill is particularly fond of the juvenile justice programs that he was previously involved with-Redeploy Illinois and Second Chance.

Bill enjoys being a part of the YSBIV Board because it somewhat keeps him involved with juvenile issues that he worked on while actively employed in the field. Due to Covid, the Board has not been involved in any activities, but Bill is looking forward to fundraising events returning. Bill’s states his goal for YSBIV is “to continue the many services it currently offers as well as keeping a strong financial position”.

Bill is also on the YSB Board of Director’s Audit and Personnel Committees.

YSBIV is lucky to have Bill on the Board of Directors!

If you have any questions for him please fell free to email him at wpfalzgraf@gmail.com 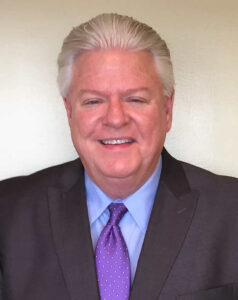 Board Member since May 2016
Welcome to the 2nd installment of getting to know YSB’s Board Members. This aims to give clients, staff, and all persons interested in YSB to see what kind of hard working, passionate people we have helping YSB to achieve our goals daily by following our mission. Youth Service Bureau of Illinois Valley serves 20 counties in northern and north central Illinois.

Steve and his wife, Carla, reside in Princeton. They have 4 children and 6 grandchildren…3 of which reside in Arizona (providing them with a great vacation spot!). Steve started his professional career as a high school teacher at Princeton High School. He spent 35 years at Citizens First National Bank/Heartland Bank & Trust. Three years ago he started an independent financial advisory firm affiliated with KB Elliott Financial Advisors and Kestra Investment Services.

Steve has tremendous respect for the mission of YSB, which is “helping young people and families succeed by serving them in their home, school and community”, and honor in serving as a board member. He states that “I am routinely touched by efforts of YSB staff to improve the lives of children who find themselves at a critical point in their lives.”

Originally, Steve served as a board member for the YSB Foundation, and served that Board as President for 3 years. He was a part of the Foundation Board when the first “Blue Tie Affair” occurred in 2013. Many dedicated hours from staff and volunteer workers led to great successes that first year and beyond.

His goal is to simply help YSB achieve its mission by approving sound policies and helping to maintain quality staff members.

Install this application on your home screen for quick and easy access when you’re on the go.